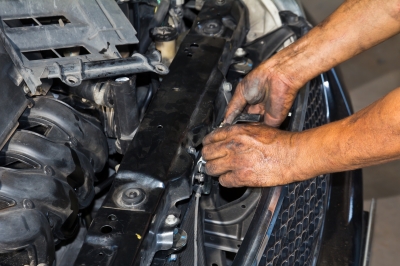 The Pentastar engine has one of the biggest legacies at the automaker.  It has a rich history and has long been one of the top engines in the US market.  For 2016, Chrysler is aiming to take the Pentastar V6 to a newer level with their engineers working on getting some improvements out of the classic V6.

According to Green Car Reports, Chrysler is having their engineers work to get the Pentastar V6 engine to have improved fuel economy for the 2016 model year.  Much of the work will go towards helping their vehicles meet newer and stricter fuel economy mandates.

To get the V6 to this new level, some changes and improvements have been made, such as a weight reduction thanks to component redesign and new enhancements like cooled exhaust-gas recirculation.  With these, the Pentastar V6 should see an improvement in both torque and fuel-economy.

In the upcoming years, the EPA will be increasing the regulations on engines.  Chrysler is going to have to continue with this line of upgrades in order to keep up with increasing regulations.

If you need help getting a vehicle’s cabin air filter checked or replaced, schedule a time to be seen in our service department to set up an appointment time to be seen.  Be sure to by liking Bayside Chrysler Jeep Dodge on Facebook, following on Twitter, or subscribing on YouTube.