What is the future of auto technology?  Is it electric cars?  Is it eight-speed transmission?  It’s hard to tell, there’s no definite “next big thing” attached to any single bit of technology.  That’s why it’s usually such a slow slog to the next innovation.  There’s time and money involved and the risk that goes along with the investment.  That hasn’t stopped Chrysler from stepping up and doing what they can to spur the next generation of auto tech.

In fact, an engineer with Chrysler by the name of Adam Timmons was just awarded for his work.  He is a Battery Cell Technical Specialist and was awarded the Stefan Pischinger Young Industry Leadership from SAE International.

What this award is meant for is to help promote careers in engineering by recognizing the contributions made by workers under the age of 35 that show the ability to be a leader in the industry.  Timmons works at the Chrysler Technical Center in Auburn Hills and is responsible for the next generation of electrical propulsion systems.  Specifically, he works on the batteries for the Fiat 500e electric car and the Ram 1500 PHEV (plug-in hybrid electric vehicle).  This allows for electric vehicles to travel further.
With people like Timmons heading the next generation of skilled engineers creating technology to improve drivers lives, it’s clear that while the next “big” thing isn’t known at the moment, it’s definitely right around the corner.  Can’t wait to see what it is.

Bayside Chrysler Jeep Dodge operates in the Queens area with top quality staff and tech to help you with your car problems. If you’re having issues with your car, contact our service department and we’re schedule a time to help get you back on the road asap. Follow us on Facebook and on Twitter for more news and monthly part specials. 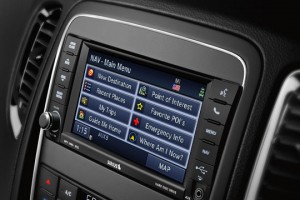 Pentastar is ending the year right. Their engine they have for the 2013 Ram 1500 just picked up a win as one of the best engines of 2013.

According to Allpar, the Penstar V-6 engine was included in the 2013 Ward’s 10 Best Engine’s list. This would mark the 3rd year in a row that Chrysler V-6 has been on this list and it’s the first time since 2009 that an engine in a full sized pickup has made the cut.

“The supremely smooth Pentastar has impressed us in muscle cars, SUVs, CUBs, minivans and luxury sedans, and now it turns in another stellar performance in the fullsize Ram pickup,” said the Wards Auto editors.

Features that Wards were particularity impressed with the new thermal management system. What that does is take the engine and transmission fluid to operating temperature faster. The system improves fuel efficiency by 1.7%.

In order to gather the list of 10 top engines, Wards Auto took a look at 40 new or significantly upgraded engines and rated them on a variety of criteria. Power, technology, fuel economy, competitiveness, and other areas.

If you’re in the Queens area and are looking to put yourself into a 2013 Ram 1500 or other variety of Chrysler vehicles, Bayside Chrysler Jeep Dodge is here to help. We’ll help you get the parts and service you want to upgrade your current vehicle as well. Be sure to like our Facebook page and follow us on Twitter for more parts and service specials.