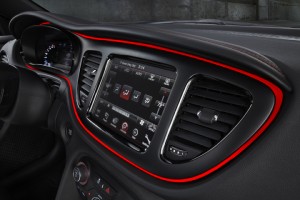 I never understood the reason for a navigation system until moving out to New York.  After just spending a few hours driving around lost and weary in the middle of the city, there’s nothing I wouldn’t have given for a little screen telling me where I needed to go.  Now I see the point about why GPS systems in a car have been so increasingly popular.

The units have also grown in sales due to the fact that the technology is starting to drop in terms of pricing.  It’s becoming easier and easier to get a hold of any level of a navigational equipment for a decent price.  That’s caused more major makers into the field, from Microsoft to Apple.  It’s definitely starting to become a must-have in any car purchase.  To that end, Autoblog.com is reporting that a new study is showing car navigation systems are expecting to quadruple by 2019.

Places like China will be the ones to make the most gains, going from sales of 355,000 to 11.8 million by the time 2019 comes to pass.  The study doesn’t just stop with that prediction.  They see the traditional DVD-based tech being replaced by inexpensive in-car systems and with smart-phone based systems.   How the market deals with this will be interesting, seeing if makers like Garmin and TomTom can survive this.

You may already see the start of that with a brand new car release of this year.  The 2013 Dodge Dart will come with the option to have a Garmin navigation system built in.

Be sure to check out the online Mopar  E-store at Bayside Chrysler Jeep Dodge to see how you can put a unique spin on your vehicle.  Also don’t forget to like us on Facebook and to follow us on Twitter to see the latest in Mopar news.